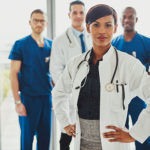 The data are staggering. By the mid-1990s, more than 40% of medical school graduates were women - a number that has been steadily rising. By 2006, over 30% of medical school faculty were women.1 Yet, less women were in positions of leadership at medical schools, and were less likely to be promoted than their male counterparts (31% vs 37%)1. Anesthesiology saw its own wins … END_OF_DOCUMENT_TOKEN_TO_BE_REPLACED

In-Office General Anesthesia by Physician Anesthesiologists Anesthesia Connections, LLC was founded on the principal that surgeons and dental providers were looking for options to do surgical procedures in the comfort of their office. With advancements in technologies and the reimbursement landscape ever changing (favoring in-office) it makes sense for providers, insurance … END_OF_DOCUMENT_TOKEN_TO_BE_REPLACED

2020 has been an eventful year in all aspects, including the legislative arena. While the regular 2020 General Assembly session adjourned in March, a lot has happened since then as a result of the COVID-19 pandemic. When the legislature returned for the Reconvened Session in April, they voted to freeze all new spending that had been included in the budget passed in March. … END_OF_DOCUMENT_TOKEN_TO_BE_REPLACED 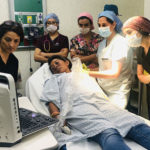 When I first started residency, the thought of being a leader in my field was hardly at the forefront of my mind. The overwhelming volume of information to be processed was physically, mentally, and emotionally taxing. It left little room for any contemplation of our roles as leaders. But as we progress through residency and gain a better grasp of the clinical component, we … END_OF_DOCUMENT_TOKEN_TO_BE_REPLACED