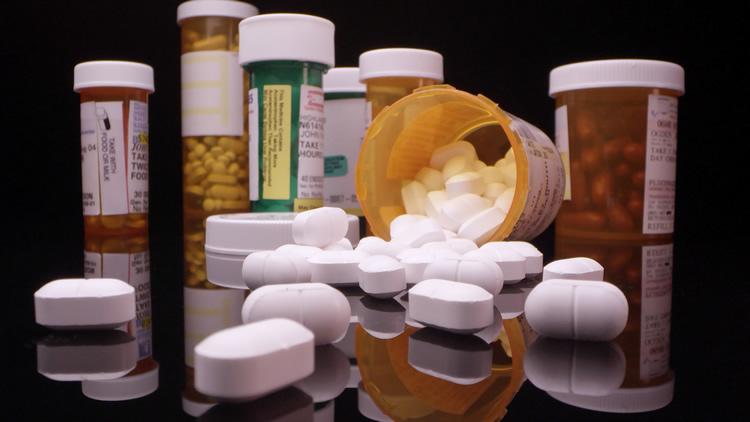 With opioid prescriptions and opioid overdoses rising over the last decade and physicians across the country expressing concern, a public health emergency was declared in 2016. The CDC released new prescribing guidelines in efforts to reduce the numbers of opioid prescriptions and doses of narcotics available. Over four years later where do we stand?

Together we have made changes towards improving patient safety. Opioid prescribing in the state of Virginia saw a decrease in the daily Morphine milliequivalent (MME) per prescription across the board from 2015 to 2019. The number of prescribers has also decreased, leading to fewer available doses of narcotics.

Prescribers have also dramatically increased their use of the Virginia prescription-monitoring program, which integrates 38 states, DC, Puerto Rico and the Military Health System. Integration of the PMP into the EMR and clinical workflow has dramatically increased its use. The availability of reversal medication for treatment of acute overdose has also increased.

The new guidelines set a standard for which patients should have prescriptions for reversal medication. And the State Health Commissioner’s standing order, put in place after the declaration of a public health emergency, has accounted for roughly 10% of naloxone prescriptions.
The new guidelines and changes in practice also led to the dramatic increase of non-opioid pain medications. Gabapentinoids have become one of the most popular non-opioid prescription medications, but we learned that this medication has its own adverse effects such as sedation and fogginess.
What also became alarming was the number of opioid overdoses with gabapentinoids present. Concomitant overdose coupled with its potential for abuse led the 2019 Virginia General Assembly to declare gabapentinoids a scheduled V controlled substances. After the changes in prescribing, reduction in number of MME’s and increase in monitoring, how have we affected overdose rates?

Data from the Virginia Health Department on opioid overdose is readily available for 2015-2018. In 2015, the year before the emergency was declared; the state death rate of opioid overdose was 12.1 per 100,000 with the highest rates of overdose occurring in southwest Virginia.

Although consistently rising from the 1990’s, natural-semi-synthetic opioid overdose plateaued in 2016 and has decreased in 2018, but is still over triple the rate that existed in 1999. Even more worrisome is the rate of synthetic opioid overdose that has grown exponentially since 2013. In 2018, synthetic opioids accounted for roughly 67% of all opioid deaths with the primary culprit thought to be due to illicitly manufactured fentanyl or its analogs. The current data suggests that the 2016 guidelines have curbed the rising rates of prescription overdose, but synthetic opioids have far outstripped prescription opioids as the primary culprit of overdoses.

We have managed to make an impact on the opioid overdose rate in the US, but how have the new guidelines impacted our patients with chronic pain?

In 2019, The US Food and Drug Administration conducted patient focus groups and surveys to develop a report on the chronic pain patient’s experience of symptoms and treatments. Patients described non-opioid medical therapies as having varying levels of effectiveness. Even when effective, sometimes treatments would need to be stopped due to side effects. This is not unique to non-opioid medications but the trial and error process of finding an effective alternative treatment was also felt as a heavy burden on patients.

The patients did emphasize that they have had some relief from non-medicinal therapies as well, such as physical/occupational therapy, diet, psychotherapy and acupuncture. The survey and groups also spoke specifically about opioid treatments and the changes brought about by the new guidelines.

The feedback was concerning. Many chronic pain patients felt as though they had been wronged or abandoned because the new regulations have doctors forcing tapers or altogether refusing to prescribe medications that have previously provided meaningful benefit. Most alarming is that many of the patients stated that they have considered obtaining medications through illegal avenues or even considered suicide as a release from their constant pain.

There was such evidence and concern that physicians were dramatically decreasing or stopping chronic pain patient’s opioid prescriptions that in October of 2019, the HHS released a new guide on opioid taper and cessation. The guide emphasizes care must be personalized to the patient and that any change to a stable opioid regime presents risk to the patient.

The guide states, “In certain situations, a reduced opioid dosage may be indicated, in joint consultation with the care team and the patient. HHS does not recommend opioids be tapered rapidly or discontinued suddenly due to the significant risks of opioid withdrawal, unless there is a life-threatening issue confronting the individual patient.”

As physicians we must always aim to improve our patient’s quality of life. A patient considering suicide or the use of illicit medications to control their pain is exactly what we would hope to prevent. We also have an important and key role in reducing the availability of prescription opioids that could be abused but we must consider each and every patient individually and use the best medical regimen for them.

That regimen will likely focus on opioid sparing multi-modal techniques combined with non-medicinal therapies, but sometimes a patient’s quality of life may be significantly improved with the addition of a narcotic medicine. Most importantly, we must work with our patients to ensure that their voice is heard, their concerns are addressed and that they are not going to be abandoned while together a safe treatment plan is made with them.

Letters to the Editor

If you have an opinion about something you’ve read in the VSA Update, or about an issue in the field of anesthesiology or pain medicine, please consider writing a letter to the editor.

We prefer letters fewer than 200 words, and they must include the writer's full name, email address and telephone number. Anonymous letters and letters written under pseudonyms will not be considered for publication.

Writers should disclose any personal or financial interest in the subject matter of their letters.