You are here: Home / Theme Articles / The Influence of Sex, Gender, and the “X” Chromosome on the Pain Management Experience
01/21/21 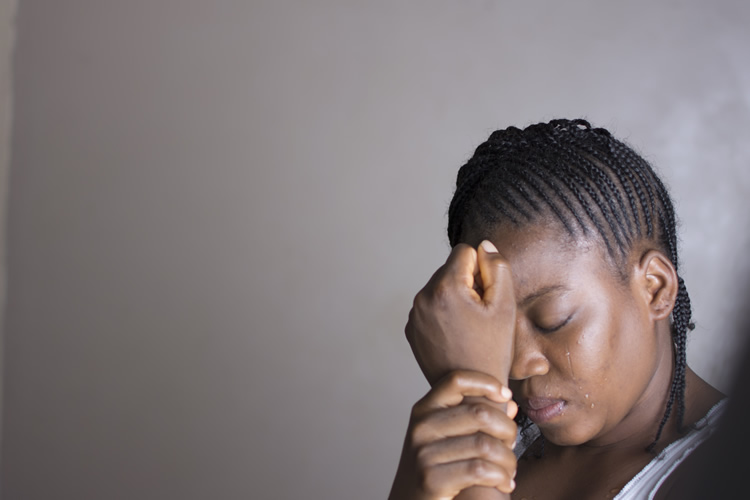 The patient-specific individual experience and treatment of pain is currently a highly debated point of discussion. No longer are pain management consultants using a “standardized” concept to manage pain in their patients.

It is well known that many variables such as our personal immune system and our individual unique gene expressions alter our pain experience even when given identical pain stimuli. This article will discuss the science behind the concept of the individual selective patient-specific approach to pain management.

This topic requires an initial review of important definitions. First, it is essential to point out that the terms “sex” and “gender” are not synonymous. Sex is a characteristic defined by biological or chromosomal traits, whereas gender is a continuum of self-identified traits, which can be influenced by societal and cultural factors. Furthermore, gender refers to a person identifying themselves as being either male or female with many variations in the middle. It is essentially a modifiable, socio-culturally shaped behavior unrelated to your chromosomal makeup. It is your own personal self-representation of who you are.

There is a range, with self-identified males being on one end and self-identified females on the other. Because it is a subjective and modifiable category, many of the older research studies on pain utilizing the term “gender” were not always scientifically objective.

The term “sex” is a purely phenotypical definition related to the expression of either two “X” chromosomes or an “X” and a “Y” chromosome. It is easily definable when comparing two people and placing them into a research (trial). Using the term “sex” you are defined as either male or female specifically by your chromosomes and studies using this identifier have more scientifically objective and less variable discussion. Clearly there are a myriad of chromosomal variations that can occur and cause difficulty placing a subject into either male or female categories, but for the purpose of this discussion, we will focus on the traditional “X” and “Y” categories.

This topic may appear new in the clinical arena of the anesthesiologist, but the pain research world has studied this concept since the late 1990’s. Historically the first landmark paper that introduced the concept of gender differences in pain was by Bartley in 1997 termed “Sex Differences in Pain”. This paper concluded that females had 1) lower pain thresholds, 2) higher pain ratings, 3) less tolerance to noxious stimuli and 4) a greater ability to discriminate pain.

They also concluded that females had pain in a greater number of body regions than their male counterpart. They reported three proposed mechanisms leading to these findings 1) sex specific hormones acting as neuroactive agents affecting various pain physiologic processes such as the opioid and nonopioid systems, nerve growth factor, and the sympathetic nervous system; 2) the vaginal canal being a route for trauma and invasion by pathogens leading to hyperalgesia and 3) females having different patterns of pain for example a temporal pattern correlating with the menstrual cycle – which ultimately may influence how females “learn pain” and interpret painful stimuli.

In 2007 the International Association for the Study of Pain (IASP) Special Interest Group on Sex and Pain published a review of the previous ten years of publications on pain and they found that 79% of the papers used 100% male subjects in their research and only 8% of pain papers published used 100% female subjects. This made researchers aware of the importance of using female/male subjects in the study designs of their future pain research in an effort to understand “individual patient specific “pain. Some authors suggest that this propensity for male only research subjects was an attempt to remove the variability of hormonal influences on their pain specific research outcomes. Since then, researchers make strong efforts to have equal representation of males and females in their study designs.

What are the physiological differences between the sexes? There are four categories to consider 1) Bioavailability, 2) Distribution 3) Metabolism and 4) Excretion.

These four categories will affect medication management of your female patient. As far as bioavailability – females have lower body weight and higher body fat content in general which will affect drug bioavailability. They have a variety of drug catabolic enzymes that stored in less quantities compared to males.

Female hormones affect many drugs. If you look at a variety of drug classes utilized in pain management and then look at their neurobiological precursors, you will find interactions with several female hormones.

Examples include: Opioids (Enkephalins), anticonvulsants (Gamma amino butyric acid), antidepressants (Serotonin), ketamine (Glutamate), clonidine (Angiotensin), THC (Cannabinoids). This has been demonstrated in the literature with females having a greater side effect profile with opioids particularly its sedative and respiratory depressive properties, which in turn limits the opioid dosing necessary for adequate pain control.
If opioids perioperatively are influenced by female hormones, wouldn’t it be better to remove ourselves from the habit of generalized postoperative dosing of the female who is at the beginning of her menstrual cycle exactly in the same manner as a male dose per kilogram? This is an example of where patient specific pain management begins to cross into our clinical arena.

Additionally, not only a greater analgesic drug -dose per kilogram in females compared to males but considering a different class of analgesic in females compared to males based on progesterone and estrogen levels. We are beginning to look at individualized medicine. The genetics and hormones of our patients and how that affects our patients pain experience and outcomes. Leaving the idea of treating everyone as a “hip replacement” or a “total knee” and taking into consideration our individual patient characteristics.

What are the hormone characteristics of females? In general when estrogen decreases during the hormonal cycle – pain is increased. Alternatively, the hormone progesterone is an analgesic pain-relieving affective hormone and is found at about the halfway point in the female hormone cycle. If you compare the three hormones Estrogen, Progesterone and Testosterone (males) you will find very specific effects on 1) immune system, 2) brain 3) spinal cord 4) peripheral nerves 5) musculoskeletal system and 6) cardiovascular system. Progesterone is an anxiolytic. It is also a sedative, an analgesic, an anticonvulsant and is considered neuroprotective as well. Testosterone is analgesic, modulates endogenous opioids, and decreases norepinephrine. Unfortunately, estrogen has a number of nociceptive properties. It increases glutamate in the dorsal horn and changes facilitating pain pathways.

The physiological differences have been studied using the transgender and neutral sex populations. These groups allow specific physiologic hormone replacement environments to occur without correlation to genetic chromosomes allowing research to look in more detail at how hormones affect pain.

In 2007, a publication reported cross-sexual hormone replacement changes in transgender women and men. These are patients that undergo gender reassignment surgery as well as hormonal replacement to reflect their desired gender identity. The first category included transgender women (biological males undergoing the transition process to women.) They were given estrogens and anti-androgens. The second category included transgender men (biological females undergoing the transition process to men) and was given androgens. In this paper, 25% of the transgender women developed painful conditions including headaches, muscle aches and breast pain. When the transgender men (female to male) underwent the male-hormonal transition process, 54% of that group reported a global reduction of their previously reported pain. Although the study had some flaws, it was an interesting trend and made researchers want to study the role of testosterone and estrogen in analgesia more clearly.

There are psychological differences in males vs females. The prevalence of major depression and anxiety is significantly higher in females compared to males (5.3 vs 3.2% worldwide). In addition, coping mechanisms are also different between men and women with women more likely to verbalize their pain. Particularly, women are more likely to catastrophize and ruminate during painful experiences. These psychosocial factors more often found in women all play a role in not only how pain is experienced but subsequently how itub managed. Additionally, sociocultural differences include 1) childbirth stereotypes and 2) historical stereotypes (sedentary desk job in females vs manual labor in males).

Where does the immune system fit in when we discuss the difference in male and female pain pathways? Although social and psychological factors certainly play a role in the differences in prevalence and incidence of pain suffering in females – biological differences in the functioning immune system likely underlie these observed effects. Biological sex differences in the functioning of the innate and adaptive immune systems are related to the pain experience. With rodent models male mice utilize microglia in the spinal cord to mediate pain, whereas females preferentially use T cells in a similar manner.

This paper did not cover other variables such as culture, ethnicity and race but those factor heavily as well in the variability of pain. Even in experimentally-induced pain, many variables can be manipulated to reproduce the results we have discussed.

Understanding these interactions is a critically important process in providing optimal pain treatment, and future research is needed to understand the crucial need to provide individualized, personalized pain care to our patients.

In the most fundamental terms, sex differences in perception, expression and coping with pain exist. Understanding these differences is instrumental to how we as pain physicians assess and manage pain. Future articles detailing how other factors including culture, race and ethnicity influence our understanding and management of pain are in the works but our hope with this article is to change the “one size fits all” approach to pain and develop pain management plans which allow us to provide the best possible individualized care to our patients.

Letters to the Editor

If you have an opinion about something you’ve read in the VSA Update, or about an issue in the field of anesthesiology or pain medicine, please consider writing a letter to the editor.

We prefer letters fewer than 200 words, and they must include the writer's full name, email address and telephone number. Anonymous letters and letters written under pseudonyms will not be considered for publication.

Writers should disclose any personal or financial interest in the subject matter of their letters.